A Journey across Sardinia From the pioneers to Vittorio Alinari

The archaic and wild island in the Mediterranean. The destination of - a few - pioneering and adventurous photographers, the House of Savoy’s favourite and the Alinari’s offspring exotic dream. 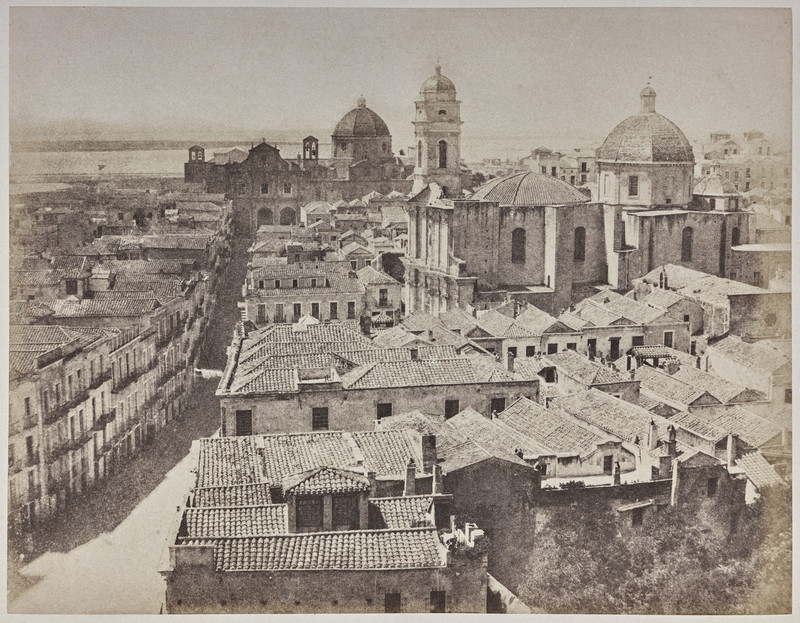 In 1854 the French writer, traveller and amateur photographer Edouart Delessert reaches Porto Torres on board of the paddle steamer "Il Piemonte" of Rubattino Company. He is the first to take photographs of the island: 41 large format calotype pictures in a pale, evanescent, almost metaphysical atmosphere illustrate his travel journal Six semaines dans l’ile de Sardaine. 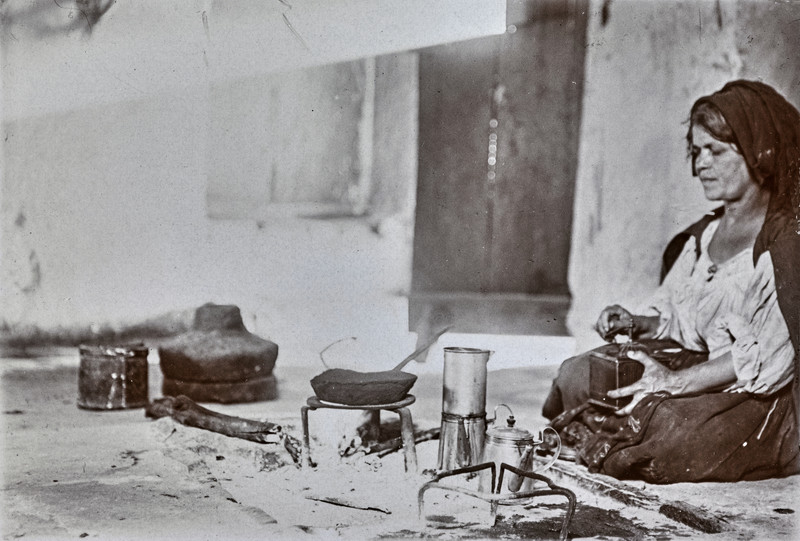 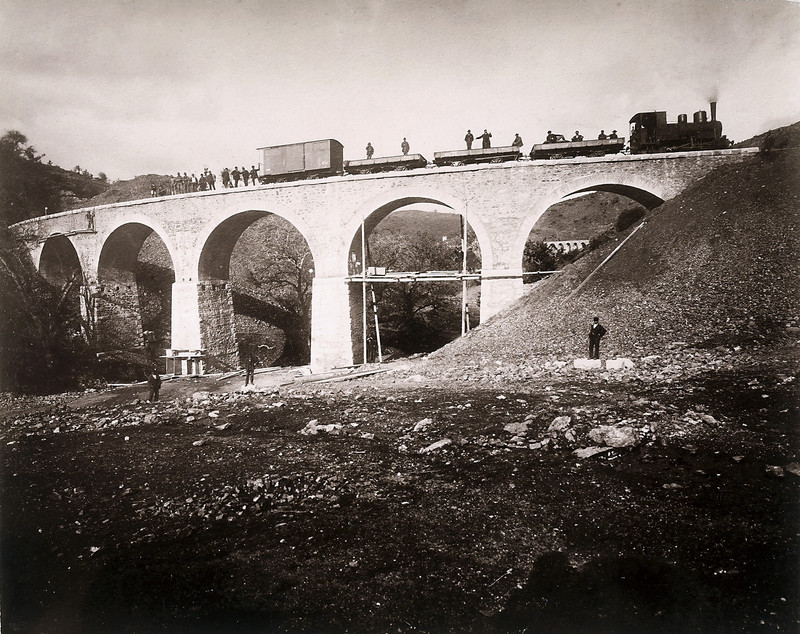 Francesco Cocco-Ortu, the mayor of Cagliari and later Minister, thanks to the Special measures for Sardinia, is granted funds to build roads, water-systems and ports. By the end of the century the engineering works but also the island popular traditions and landscape are photographically documented, combining modernity and tradition, industrial and pastoral economy. In 1886 Quintino Sella calls Vittorio Besso from Biella to document the technological advancement and pride: the construction of a railway line, of viaducts and tunnels. 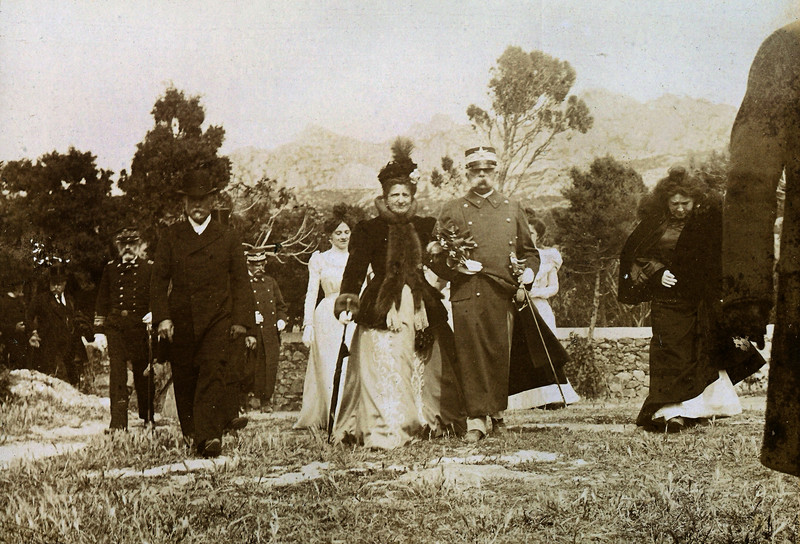 On April 12 1899 king Umberto I reaches Cagliari harbor on board of the yacht "Savoia". He travels around the island with his wife, Queen Margherita, for nine days. Soon after the royal couple’s departure, the siege starts: the army and “carabinieri” are sent to the island to fight against brigands, bandits and socialists. On September 3rd and 4th the soldiers open fire on the miners on strike: 3 of them die and 11 are injured. In the area around Cagliari, the 1906 riots are repressed by thousands of soldiers sent from the mainland. 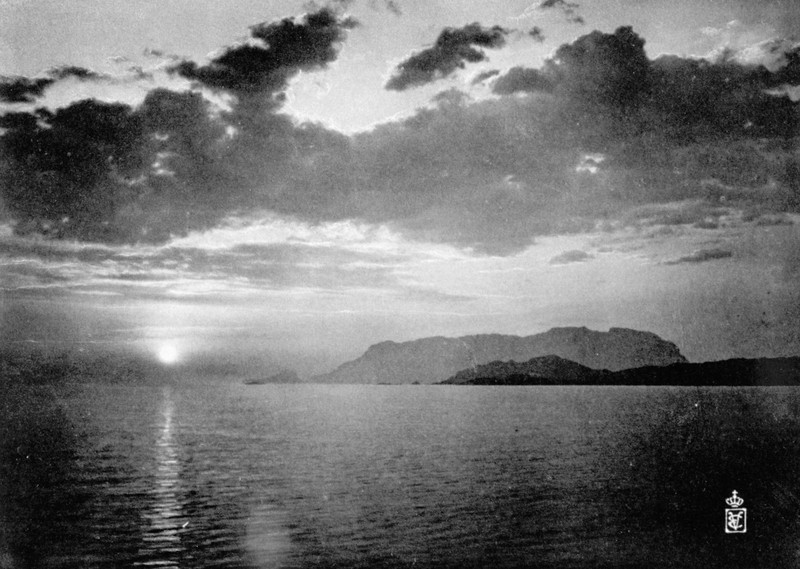 Sardinia remains one of the House of Savoy’s favorite destinations and Vittorio Emanuele III, a fan of photography, directs his lens to its wild coastline. It’s at the turn of the century that the Sardinian pride explodes: Sebastiano Satta publishes Canti Barbaricini, Pietro Casu La Notte Sarda. Francesco Ciusa is present at the Biennale with La Madre dell’ucciso, as Vittorio Alinari remembers “I met sculptor Ciusa in Cagliari" who - he writes on - “sent another sculpture of his to Venice in 1907”. Grazia Deledda publishes Canne al Vento in 1913: that same year Vittorio Alinari starts off on his first trip to the island. 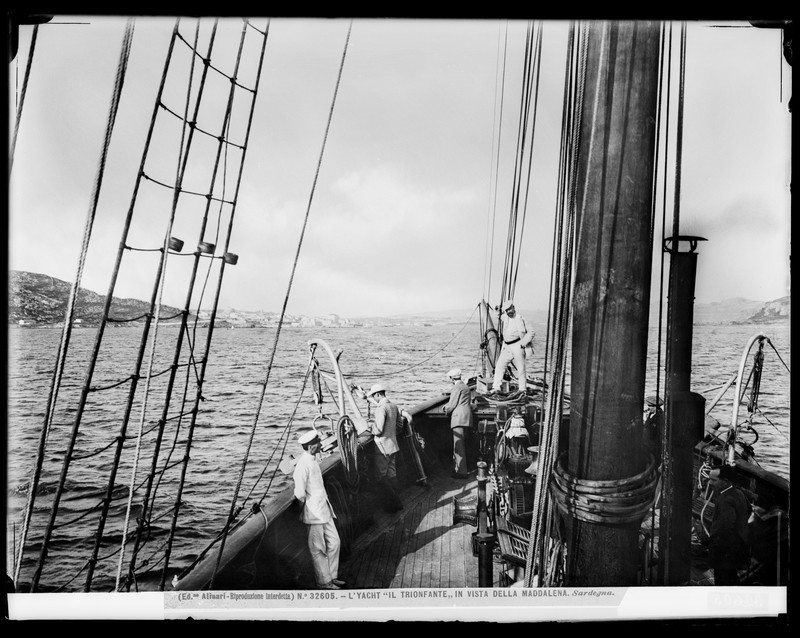 On May 26th 1913 Vittorio Alinari, his son Giorgio and his friend painter Guido Spadolini drop anchor at Maddalena island. A somewhat difficult landing: “because a signal station we came by at dusk fired two cannon shots against us, fortunately just powder, and would have shot a ball if the captain, who finally realized the misunderstanding, hadn’t timely answered back to the signal and stopped the Yacht. (…) . The only signal handbook on board was in French and no-one in the crew, including the captain, knew that language”. 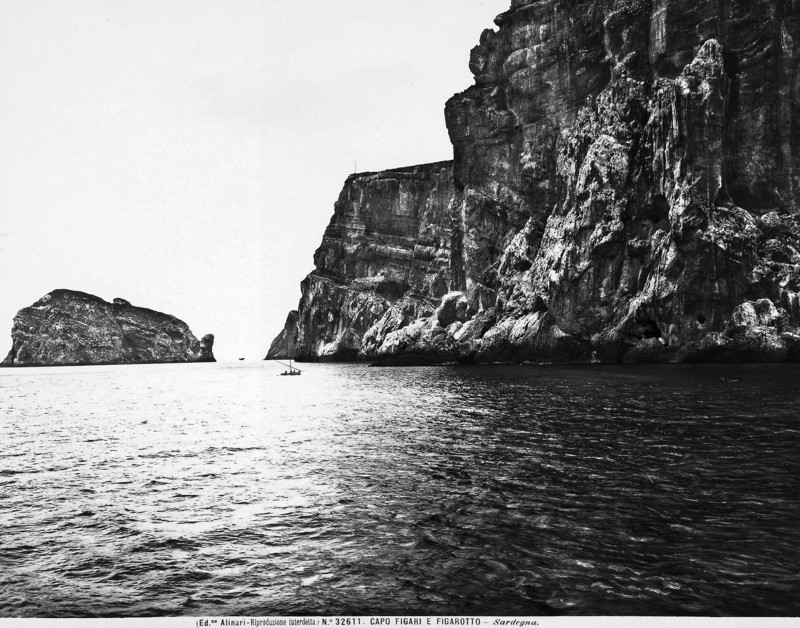 “The indented coastline around Maddalena is extremely picturesque” goes on Vittorio “ Our aim was to take photos that could help geologists in their research. The Ministry of War and that of the Navy wished to take this opportunity to carry out surveys for the purpose of national defense.” Photo studios did exist on the island but apparently the Ministry preferred the Alinari and their professional reputation to carry out the task. 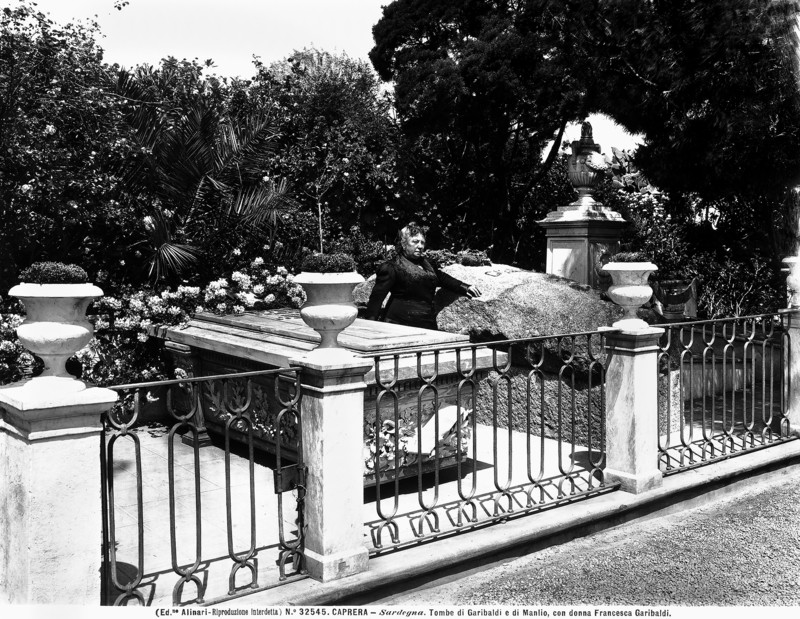 Vittorio is successfully at the head of the Florentine firm. He is a bourgeois from a well-off family with a solid culture but also an entrepreneur who loves experimenting and is provided with practical sense and irony. He is attracted by the remote, laid-back island where a vast heritage of habits and traditions survives. Where even poverty is picturesque. He stops at Caprera. “While visiting the national Hero’s tomb, I heard that Donna Francesca Garibaldi would love to be photographed by the Duce’s tomb”.

At Portotorres he discovers a Roman bridge ”upon which runs the coastal road of Saline and Capo (…) I could portray a group of Tanche owners (tanche were plots of land surrounded by dry-stone walls, where sheep grazed. Editor’s note) in their picturesque outfits”. Vittorio photographs the humble and the lords, villages and nuraghe, faces, costumes, coastline and harbors. His style bears the company trade-mark: the subjects are in pose, an impeccable perspective of streets, squares and buildings in the background. 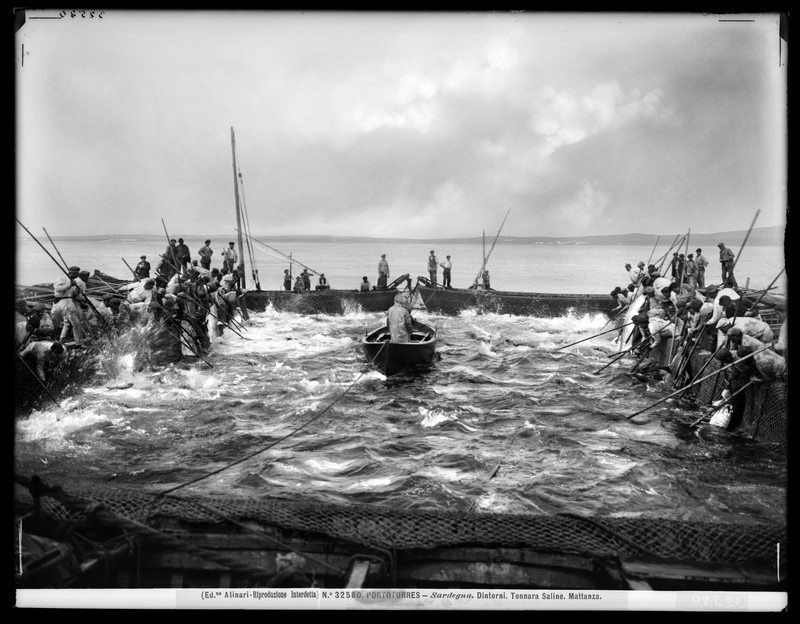 “The Keis, the head of the crew, gives the order and everyone starts prodding at the fish with long hooked sticks: they flounder in the water that turns red with their blood. Fishermen urging one another, cheering and gesturing; it seems to be down into the bolgia of Dante’s Inferno:

The poor animals, hooked on two, three, four sticks are lifted up on board with much effort, their entrails torn like sinners in the fifth bolgia”. 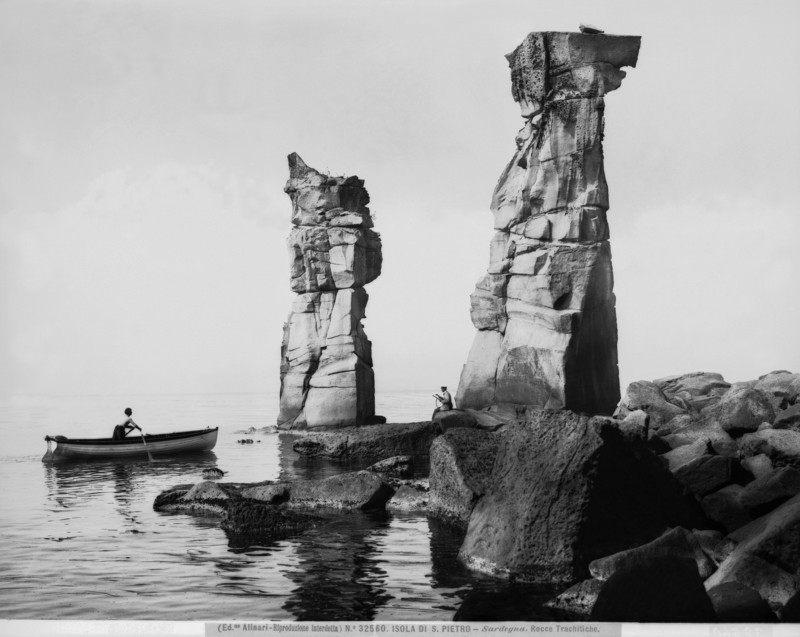 “two columns looking like the remains of a gigantic Roman temple, sunk into the sea. On top of one of them an eagle is said to make its nest but I cannot make out the alleged nest of the king of birds”. Vittorio sailed around the coastline until June 12th 1913 and was back to Sardinia the following year, inspired by L’Itinéraire de l'île de Sardaigne and by the three huge volumes of Voyage en Sardaigne (1826-1857) by Alberto Ferrero della Marmora. On his turn he then collected his own images and memories in the publication In Sardegna. Note di Viaggio published in 1915. 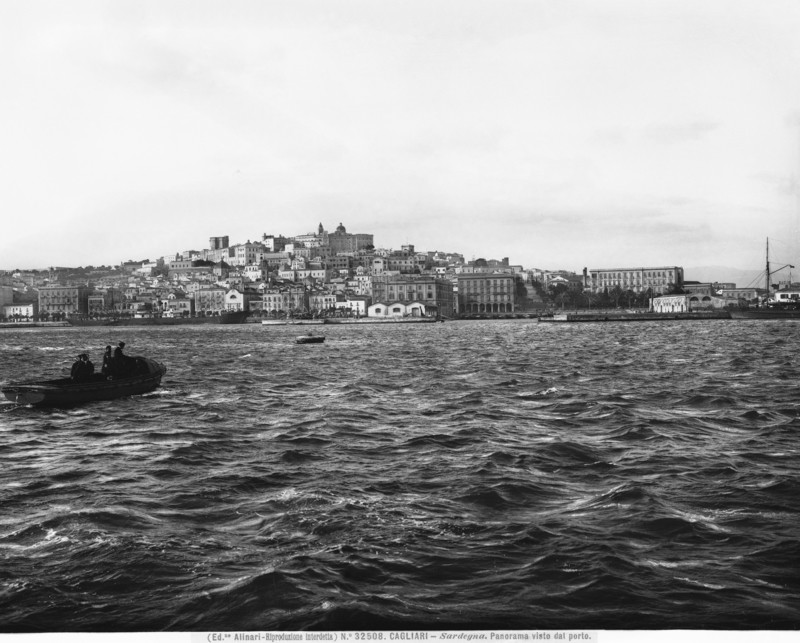 In Cagliari, his last stop “a captain and some other officers came on board and officially ordered us to hand over all the photo plates produced during our journey.” It had already happened once. "Apparently they had to do with the defense of the country and my love of it obliged me to destroy them”.That’s why many pictures no longer exist. 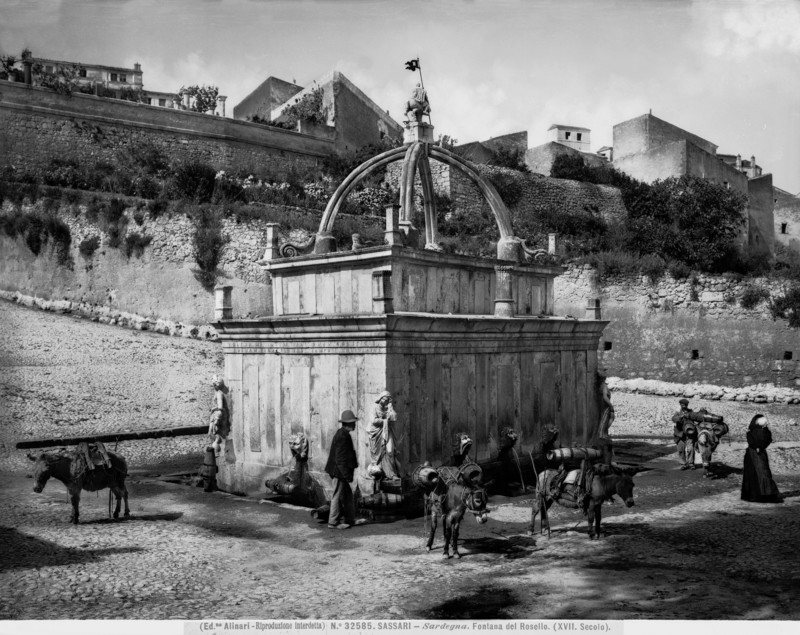 On April 5th 1914 Vittorio is back to Sardinia with Piero, his younger son “This time I prosaically used the means of transport made available to lesser mortals”. He travels by train to Civitavecchia and there he boards Cagliari, the Railway steamboat, to Golfo degli Aranci. All passengers are apparently sea-sick and suffer from strong nausea. “I’ve never been sea-sick but seeing all those fountains pouring out not exactly eau de Cologne I felt my stomach get queasy too”. He takes pictures of Sassari and the fountain “with men and women carrying water”. 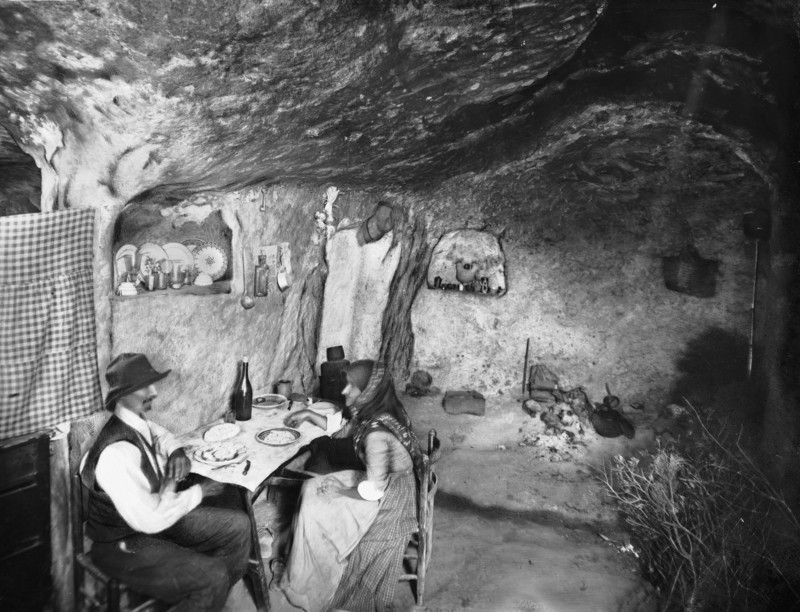 Another stop is at the Roman necropolis “ The cave I shot was made up of two rooms, the first was a kitchen and dining-room; in the second one, behind a curtain, there probably was the bed but I couldn’t see it because the woman living in that filthy hovel forbid me to, out of what was left of her sense of decency”. Vittorio travelled across Sardinia at full speed, by car this time. For this shot he used artificial light. He was a modern, avant-garde bourgeois. The second trip lasted until April 22nd. Three months later the First World War exploded. 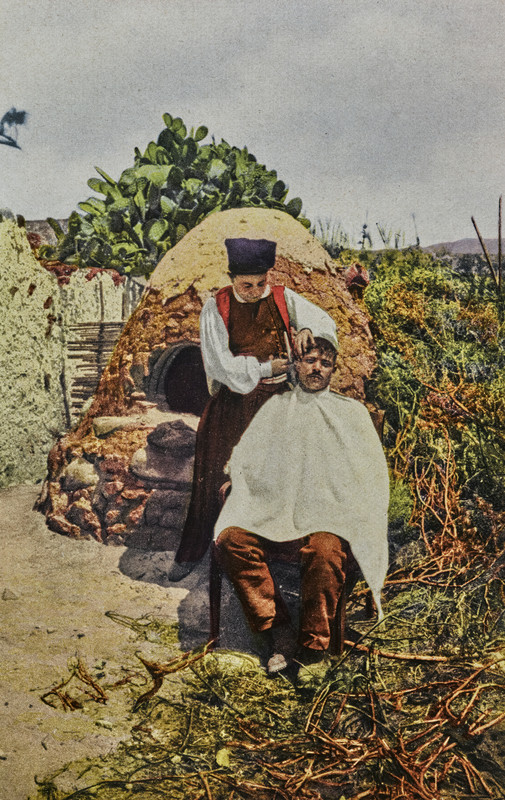 The Alinari portrayed folklore, popular costumes, local traditions. They created those genre scenes which, along with the architectural views, made their style famous. “I am lucky enough to be able to shoot some village habits; the barber’s shop along one of the most characteristic streets in the village, a cart transporting wheat and, in the back-garden, two women taking a thistle-shaped loaf of bread out of the oven”. 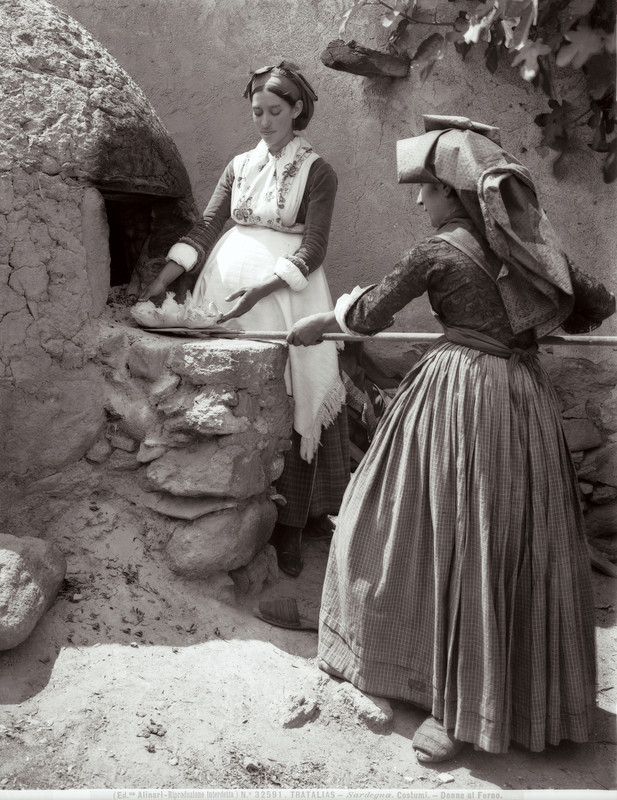 And he continues: “This is not the only place where I saw bread being given original shapes; I observed some very bizarre ones at Sassari and Oristano. Traveling inland on our last trip we ‘ll have the opportunity to see and taste the bread called carta da musica, a local specialty, extremely useful in the mountains because it keeps fresh and crisp”. A beautiful picture where people are described and identified through their daily work. 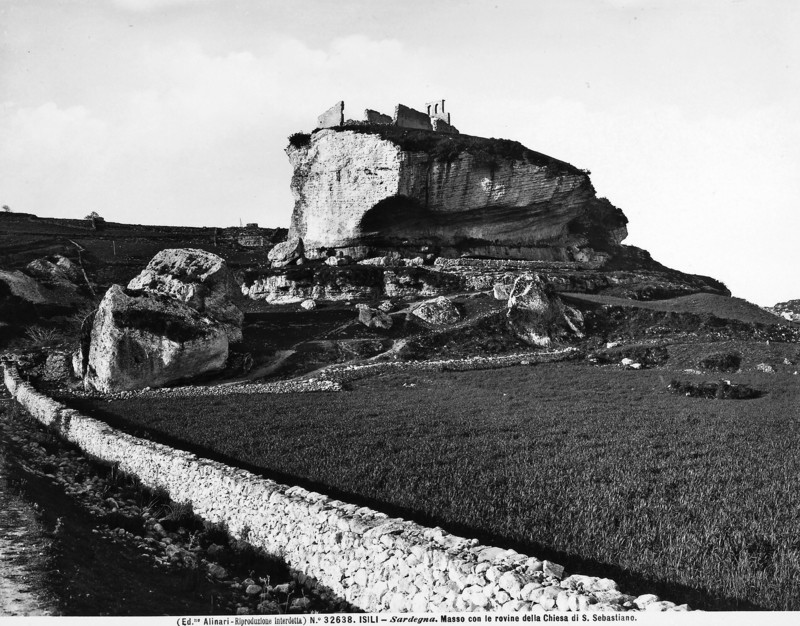 A picturesque location “at the extreme border of the region (…) will be turned into a mountain basin to irrigate most part of Sardinia, giving it back its original fertility. Once Mannu waters are collected within this basin, S.Sebastian rock will become a small island”. And indeed the hydraulic engineering works will hugely change the landscape. Today this rocky spur is a small island emerging from S.Sebastian lake, formed by is Barrocus dam. 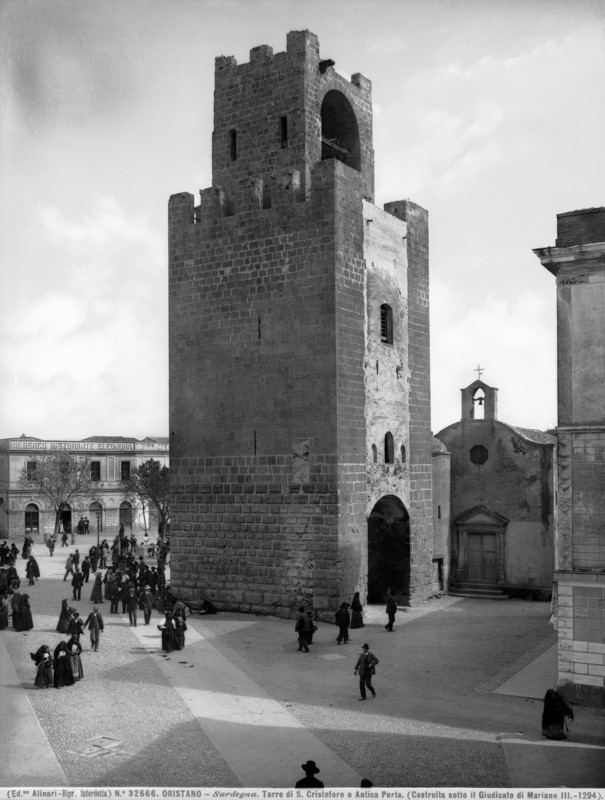 Vittorio’s account of his journey, extremely detailed in describing places and monuments, also reports some hilarious anecdotes. “ At Piazza Roma, where the market takes place, stands a large building which, as I heard, was meant to become a hotel. My goodness! Should this be true, where did that architect study? (…) And service is consistent to that. In the morning I asked for an extra towel and I was given one that didn’t look very attractive. I asked whether they had anything cleaner and I was told that towel had only been used by our driver! (…)” 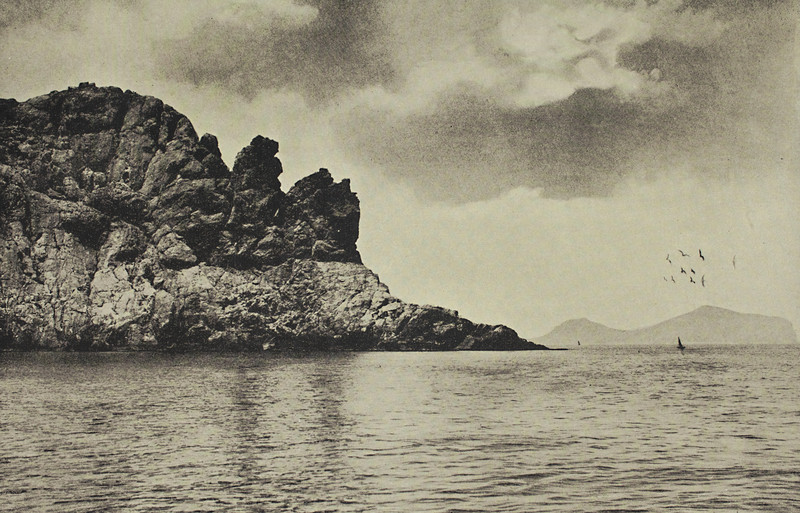 To shoot Punta Timone, on Tavolara island, Vittorio chose an emulsion sensitive to the brightness of the sky and adopted a clearly pictorial style, very much in fashion among European photographers. The image parts from reality and documentation and looks rather poetical and mythological. “And yet how full of atmosphere Sardinia is, with its severe landscape, its mysterious monuments, even more mysterious than the Egyptian Sphinx as this latter has by now revealed its secret whilst the former, though open to investigation, will never disclose its own completely”.